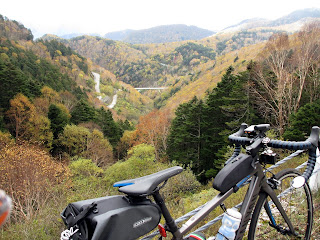 This is my best cycling in 2018. The couse was from Suwa Lake to Utukusi-ga-hara, via Wada Pass and the Venus Line in Nagano Prefecture, Japan. In the end I went to Tatesina via Kirigamine and Lake Sirakaba in the rain. This was the wonderful cycling.
Post a Comment
Read more

Happy New Year, 2018! 「福如雲」 written by Kazuyo, my wife. Happiness comes again and again, but you can't catch happiness easily. It's like a cloud on the sky.
Post a Comment
Read more

Cycling with my wife 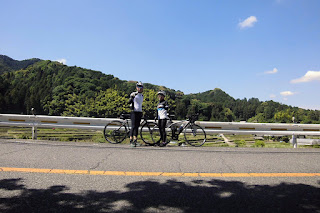 I sometimes go cycling with my wife. She is just a beginner and 152 centimeter tall. Although she can't climb long steep hills, she is full of fighting spirit. She started cycling on a flat course and has gradually overcome some steep hills. This time, the course has many hills and may be severe for beginners, but she ran through the long course. I take her to more severe courses each time. She always overcome my challenge. Our cycling with 60s pair is wonderful, isn't it? We are planning the next touring now. I want to enjoy touring with my wife even if we are over 70 years old. distance 48.08km, average speed 17.8km/h, max speed 49.1km/h, pedal time 2:42:08, duration time 3:38:50, gain height 847m. at Sobura at Sobura wonderful downhill Tawawa farm the last long uphill
Post a Comment
Read more 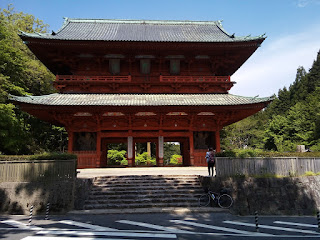 Mount Koya, or Koya-san(高野山 800m), is the center of Shingon Buddhism, and one of the most famous sacred sites of Japanese Buddhism. Kukai (774-835) who is widely known as Kobo-daishi is the founder of the Shingon sect.   I went cycling to Mt. Koya from Osaka alone last Sunday. Route 371 was a tough course to Mt. Koya. It was narrow and steep along a valley and I had to get over the Routou Pass(狼頭峠）. Mt. Koya had sacred atmosphere and there were many foreign tourists in there. I had a small bento at a convenience store early afternoon, and then I enjoyed downhill of Route 480 to the Kinokawa River. The last difficult pass to Osaka was the Nabetani Pass(鍋谷峠). This touring was unexpectedly hard work for me. distance 119.58km, average speed 16.0km/h, max speed 58.9km/h, pedal time 7:26:27, duration 9:32:45, gain height 2, 951m. Daimon-Gate Route map Routou Pass A small tunnel suddenly appears. Koya-san Okunoin Sacred atmosphere of main street
Post a Comment
Read more

Totoro Trail and the flying carp 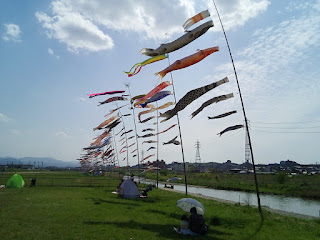 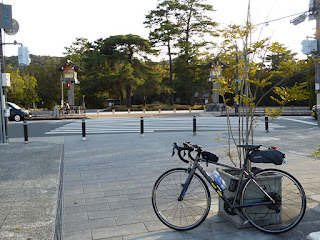 My exercise in April is to move across the Kii Peninsula, or 'ride to Ise'. Yesterday was a nice day to go for a cycling. I left my home at 6:00 in the morning and arrived at Ise Jingu Geku at 17:00. I enjoyed the 175km and 11 hours touring. I was deeply moved with a sense of fulfillment. Route Map Kimi Pass Route 166 at Higashi-yoshino Mt. Takami Cherry blossoms at Haze in Mie Ise Jingu Geku Shiomibashi Station in Osaka, at night
Post a Comment
Read more

Cherry blossoms and my bike 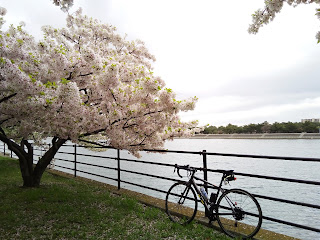